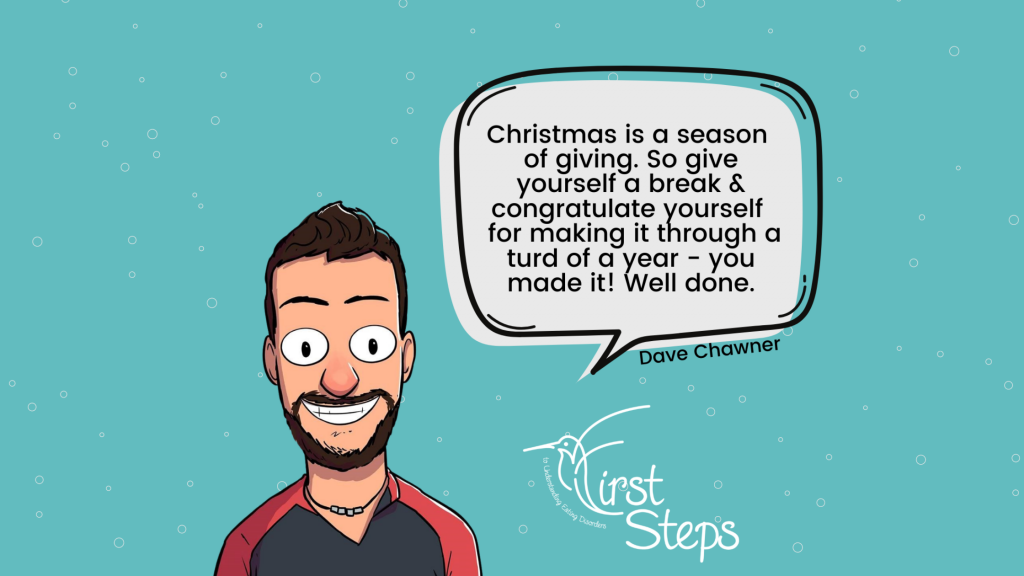 In a recent study 74% of UK adults have felt so stressed at some point in the last year they felt overwhelmed/unable to cope (according to Mental Health Foundation). 40% of men say they’re simply unable talk about their mental health (according to Priory Group). This is something Dave understands well.

As a teenager he developed anorexia – it developed rather than began becoming his normality over time. He didn’t realise he had a problem. Eventually when he did, he was so overwhelmed he couldn’t find the words to explain what was going on.

Being a professional comic Dave used the tools at his disposal – humour. His “hilariously entertaining” (Mail On Sunday) approach sensitively used comedy to help him understand, accept and explain his eating disorder while informing, educating & entertaining people about mental health.

Dave now wants to do the same for others. Working with academics from King’s College London, The University Of Nottingham and The University Of Kent he’s designed a 6 week online comedy course aimed at people with experience of mental health problems.

The course is fully funded by Derbyshire County Council so that it’s free to participants and will be delivered through the award-winning Midlands Based Charity First Steps. This is all to help stop the suffering of so many people while also providing some much-needed light relief.

Stand Up to Mental Health Recovery

So if you want to build confidence, communication and connection and have a history of mental ill health please email info@DaveChawner.co.uk or info@firststepsed.co.uk