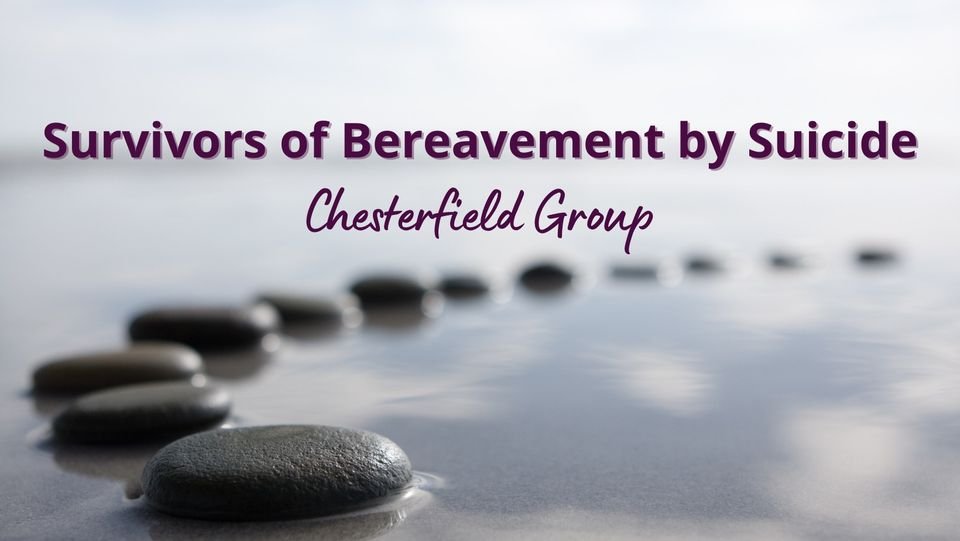 SoBS – Survivors of Bereavement by Suicide is a charity within the UK and now they are opening a group in CHESTERFIELD.

SoBS are the only organisation offering peer-to-peer support to all those over the age of 18, impacted by suicide loss in the UK. SoBS help those bereaved by suicide to support each other, at the time of their loss and in the months and years that follow. People that have been affected by suicide are at greater risk for suicide themselves. This cycle needs to be broken and good postvention support can help people to grieve and recover and can be a critical element of preventing further suicides from happening.

You can contact the Chesterfield SoBS facilitators, Rebecca and Clare on: 07507 692029 or chesterfield@uksobs.org