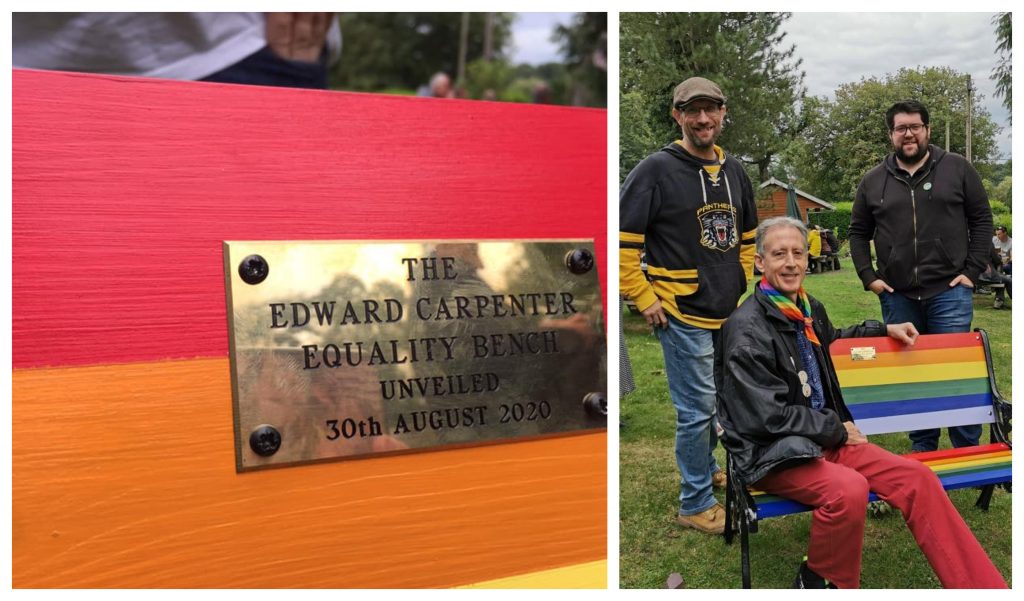 Hundreds of pounds have been raised for an LGBT+ centre in Chesterfield thanks to a walk which honoured a gay rights pioneer from the town.

The 5.3-mile walk – in memory of Edward Carpenter – started in Chesterfield and finished in the rural Derbyshire village of Millthorpe on Sunday.

Ed Fordham, one of the walkers, said: “We raised more than £1,500 for the the Derbyshire LGBT+ centre in Rutland Road.

“We were delighted to set off from the Chesterfield Arms pub by the Mayor of Chesterfield, Councillor Gordon Simmonds.

“Twenty of us walked to Millthorpe where Edward had lived for nearly 40 years.

“It was very special that we were joined by gay human rights campaigner, Peter Tatchell, and also councillors from Chesterfield and North East Derbyshire.”

Born in Sussex in 1844, Edward lived in Chesterfield before moving to Millthorpe with his partner George Merrill. Edward, a poet and philosopher, lived as an openly gay man at a time when it was illegal to be gay. He was way ahead of his time and celebrated for being the ‘last gay man standing in Britain’ when most of gay London fled to Paris in the wake of Oscar Wilde’s imprisonment in 1895.

Your privacy is important to Derbyshire Voluntary Action. In our role as a liaison and linking service between the voluntary sector and the wider health and social care sector in Derbyshire, information is a vital part of our day-to- day operations. We are committed to performing our role responsibly, in the best interests of our members and stakeholders - whilst protecting the rights of our data subjects. Our privacy policy provides information about the different types of personal data we collect and the ways in which we use it. Please feel free to contact us at any time if you any questions about your personal data.